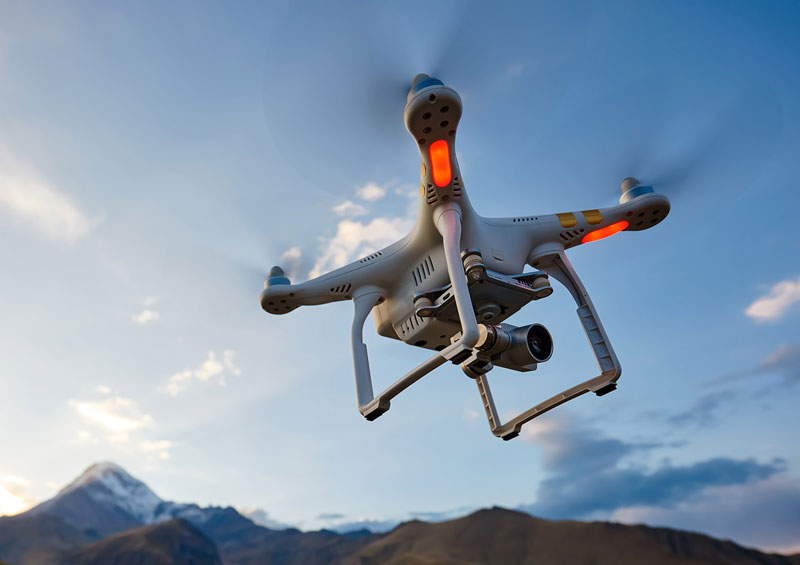 Drones Are On the Rise: The New Drone Laws

Drones were once a niche item mostly limited to Google Glass-wearing, Silicon Valley consumers, but it seems like everyone wants one now.

The drone industry is booming, evidenced by the rise of activities like drone sports. A big factor is that prices have been falling - you can a beginner drone for as little as $200 now.

Unlike other up-and-coming tech toys, such as Oculus, drones don't drag you into a whole new frontier in virtual reality. There is, in fact, very little that's virtual about a drone - you hug it, talk to it, break it, whatever. Of course, the whole idea is to send it buzzing overhead, where, reports say, an increasing number of them are breaking the law.

In the UK, drones almost collided with aircraft 50 times in the last year alone, prompting a raft of new proposed government regulations and a public-awareness campaign known as the "drone code," according to the BBC.

The controversial Drone Bill being advanced in the UK would also reportedly give police the right to seize drones, threatening to put a damper on a market that analysts say will be worth some $127 billion by 2020.

A draft version of the Drone Bill will be unveiled in spring 2018, according to Engadget.

In the US, some states are also moving toward regulation - a recent case being North Carolina. On the federal level, the Federal Aviation Agency is watching developments carefully. FAA Inspector Nikolas Kubli  told Air and Space Magazine recently that when it comes to drones, "the cat is out the bag."

"'All it’s going to take is one airplane accident caused by a drone, and the non-drone civilian community is going to start demanding…"you need to do something now about it." And ultimately that is going to create more regulations to make it harder for the drone operators,'" he told the magazine.

Are things heating up between drone owners and government regulators? Sure seems like it. This is worth keeping an eye on. When public safety and consumer freedom overlap, there's always a tricky period of legislative transition in the public space. Stay tuned.