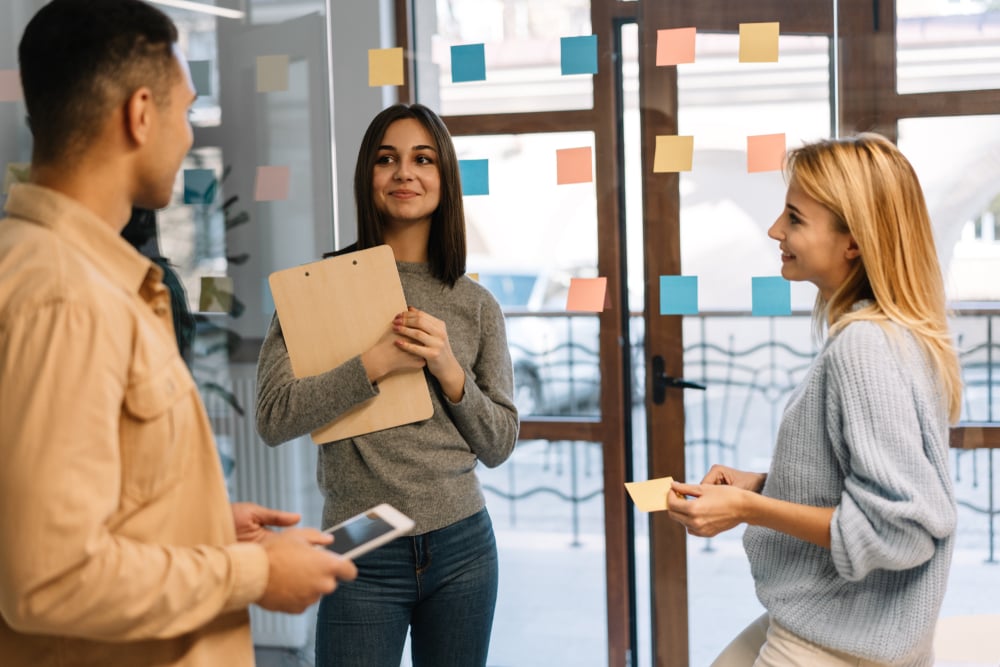 Finding Tech Talent: why is it a challenge and how to get around it

The increase in the cost of hiring and retaining qualified software engineers is something that has not gone unnoticed, and the rising costs challenge even large-scale companies to keep up. Here we'll discuss the reasons behind the rising costs of tech talent and what you can do to decrease them for your team.

Schedule a call with one of our executives for more on how to find the best tech talent for your team.

Currently, there are a staggering 500,000 unfilled job openings in tech industries in the US. This surplus of open positions also looks like it will only continue to grow, with a projected total positive employment change of 12.65% in computing industries. The magnitude of this increase is visible when compared to the growth rate of only 7.38% for all other industries combined.

In some parts of the industry, there has been more growth than others. DevOps and Front End Engineers, for example, have seen tremendous growth with an increase of 75% in DevOps jobs on LinkedIn, and half of over 4,000 companies surveyed stating that they take DevOps skills into account while hiring. The demand for Front End Engineers has also skyrocketed, for example job openings for Product Designers have increased 86% from 2018 to 2017. The burden of filling the many open tech positions is made even more difficult when taking into account the shortage of qualified talent in the industry.

The large demand for tech jobs, together with a low supply of quality candidates, is making it difficult for tech leaders to fill open positions. It can be nearly impossible to find a large enough supply of qualified engineers to fill the gap. These shortages can be especially noticeable in specific positions such as in react engineers or node engineers.

In 2017, the Bay Area alone had 27,732 average monthly postings for software developers with an average of 2,960 hires per month — or in other words, only 10.7% of open positions filled on average. Similarly, there were 4,888 postings per month on average for web developers, with an average of 307 monthly new hires, or a minuscule 6.3% of open positions filled on average. Though the high demand for engineers may make it more difficult to fill openings within your department, the high turnover can make it difficult to keep qualified employees working with you.

The discrepancy between the demand and supply of qualified engineers has created a considerable deficit of qualified professionals in the industry. This shortage has not remained a secret among employees, who have been quick to leverage it to their advantage. The engineers are aware that they are in a position in which they can negotiate for higher pay and better benefits, both of which are added expenses to your department. If you can't match the rising industry standards, or if your employees get bored, they are likely to quit. Developers are typically willing to part with their current jobs since they know that in this market, they will be able to quickly find a new position that does satisfy their demands. The high turnover rate can be seen in the low tenure, coming in at only one to two years!

When current employees quit, the added cost of acquiring a new employee can be substantial, with an average time of 51 days to fill a position! The higher cost of increased salaries and benefits used to retain current engineers along with the cost of replacing them when they decide to quit can make it difficult to keep costs down in your department.

When faced with the current conditions of the technology labor market in the US, what can an Engineering team do to find the developers they need when they need them? The answer — go elsewhere!

Nearshore outsourcing is a great option to keep working with capable engineers in the same time zone. Keep working agile, in standard business hours, not just saving some cash, but also extending your team and hiring the skilled engineers that you need. While this is one of your best and easiest solutions, there are other options that you can try. If you are open to adapting your processes and culture, Eastern Europe, India, and South-East Asia are interesting regions to explore. India and Asia are less expensive, but time zones will be different, and you will need to find the right partner to ensure quality work. Eastern Europe is similar to Latin America, but the time difference is significant. For these reasons, if your company is in the US, nearshore is your best bet.

Interested in what nearshoring could do for your company, schedule a call with one of our executives.